Rising to the Challenge

Catastrophic Wildfires Are on the Rise

Catastrophic wildfires are increasing in the western United States. Looking at the last 60 years of annual wildfire statistics: 2015, 2017, and 2020 literally top the chart, with over 10 million acres burned each year. 2020 was so bad, in fact, that 5 of California’s 2020 wildfires are now among the 10 largest wildfires in California history.

Wildfires are increasingly encroaching on residential and commercial lands, and have a devastating impact on lives and property. The national figures are still being compiled for 2020, but we know that 2017 saw over 12,300 structures burned in the United States, 2018 saw more than double that, and California alone in 2020 saw nearly 10,500 structures burned according to the California Department of Forestry and Fire Protection (CAL FIRE). These are more than just statistics; these numbers represent destroyed homes, displaced families, and the devastation of entire communities.

Today, fertilizer-based aerial retardants are standard issue in combatting wildfires, serving as a primary line of defense against fast moving fires and allowing ground crews to move into position. Not surprisingly, the increase in catastrophic wildfires has driven a proportional increase in the utilization of aerial-applied fire retardants by the United States Forest Service (USFS) and CAL FIRE. The use of aerial retardant reached its peak in 2020 with over 56 million gallons deployed in the United States.

It's Time For A Meaningful Change

It’s time for a meaningful change in the technology that we use to fight wildfires, and a fresh perspective on the negative externalities of fertilizer-based fire retardants. Fortress is developing more effective fire retardant alternatives to combat wildfires in California, the United States, and around the world. We’re actively addressing the environmental challenges posed by fertilizer-based retardants, and are working tirelessly to bring entirely new chemistry to the frontlines of firefighting. 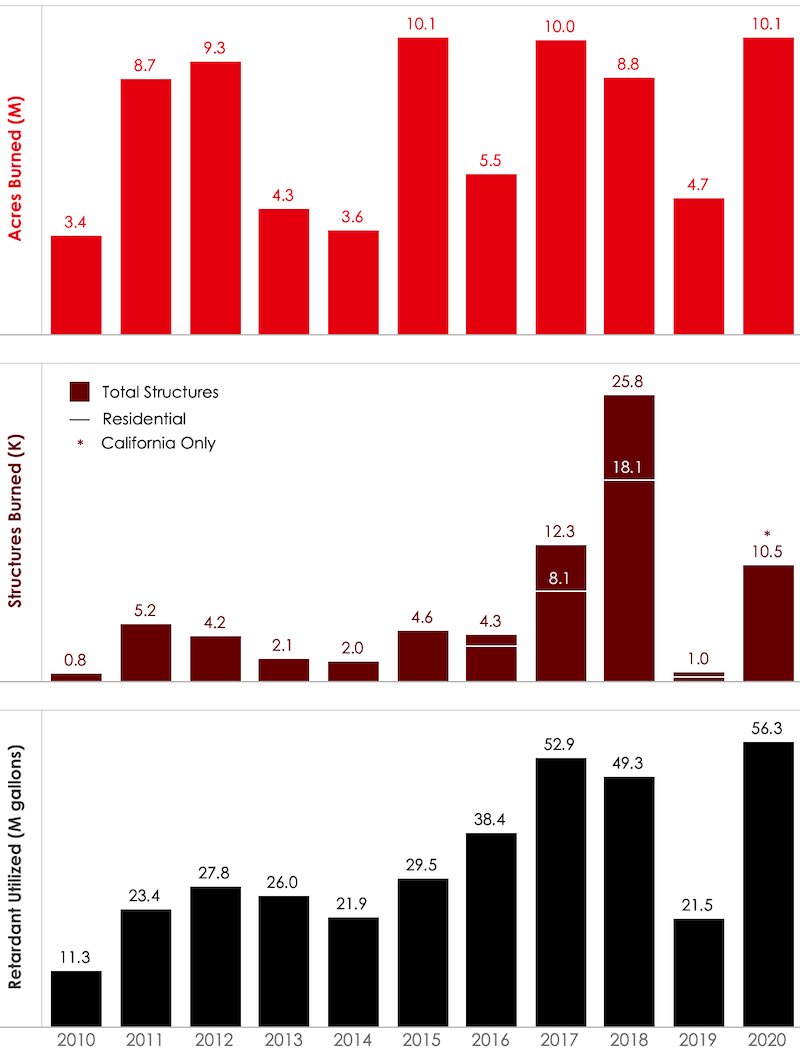