Fortress fire retardants correct this longstanding issue. The detrimental effects of ammonium phosphates on fish populations have not been observed for magnesium chloride, even with similar laboratory testing [Hintz 2017] and the widespread use of magnesium chloride-based deicers and dust suppressants near natural water systems [Kunz 2015, Lewis 1999]. These scientific findings are corroborated by the Forest Service’s qualification testing, which clearly establishes the far and away superior aquatic safety of Fortress fire retardants (Figure 1). 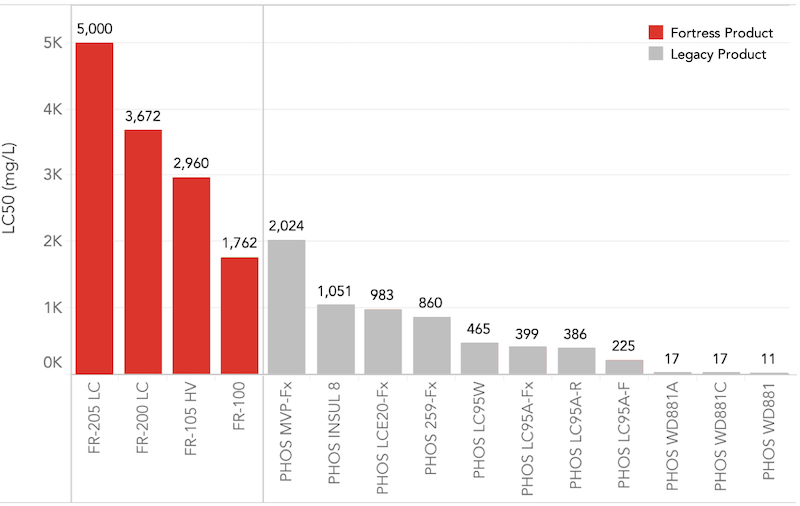 Figure 1: Aquatic toxicity of fire fighting chemicals as determined by USFS product qualification testing. A higher LC50 is more favorable, indicating lower toxicity. Aquatic toxicity is determined in the lab by exposing rainbow trout (Oncorhynchus mykiss) to various amounts of retardant over 96 hours. LC50 is the chemical dose at which 50% of the trout die over the course of exposure.

Burn tests are done by igniting retardant-treated test beds of Aspen Excelsior and Ponderosa Pine needles. Each product treatment is matched with a reference treatment of 10.6% weight diammonium phosphate (DAP), which emulates the formulations used in commercial ammonium phosphate-based fire retardants. Test beds are burned on the same day along with an untreated bed of the same fuel. Reduction index is calculated by comparing the rate of flame spread and rate of weight loss of the retardant beds to the untreated beds, and the overall reduction index is a composite of the Aspen Excelsior (Analog Fuel) and Ponderosa Pine (Natural Fuel) results. The 10.6% DAP benchmark was born out of the fact that legacy ammonium phosphate-based retardants have been the industry standard for multiple decades now.

As the USFS product qualification testing data shows, many products in the the Fortress portfolio have drastically outperformed the DAP benchmark (Figure 2), suggesting that our unique chemistry does indeed translate to more effective fire suppression.
‍
Review the Data:
The official burn test results of Fortress products are only documented in proprietary communications between Fortress and the Forest Service. We’ve reported the official numbers here, but you can get in touch with us if you would like to request to review the official results. 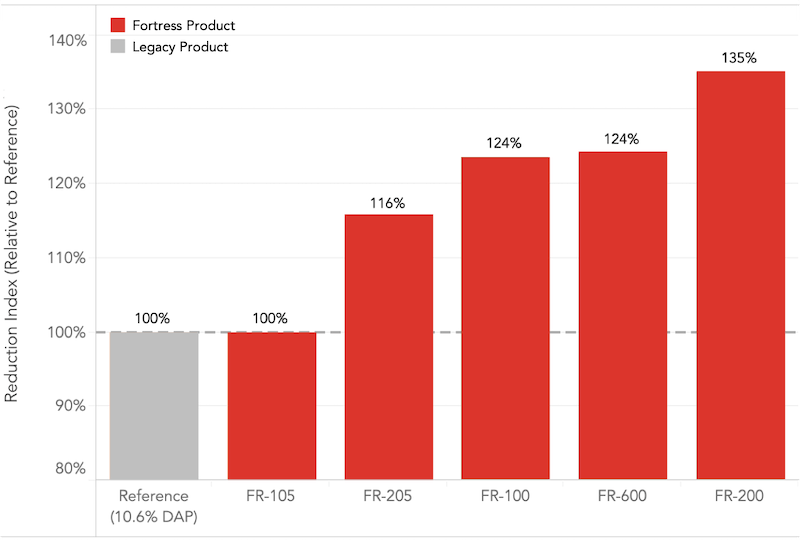 Uniform corrosion rates are determined by 90-day weight loss tests on metals relevant to chemical storage and application. Testing is done by preparing coupons of 2024-T3 aluminum, 4130 steel, and UNS C26000 yellow brass. The test coupons are weighed and then immersed in a test solution of the retardant for 90 days. At the end of the test duration, each coupon is cleaned, dried, and weighed, and the corrosion rates are calculated. Lower values are more favorable, as they indicate that there is less material loss to corrosion.

Intergranular corrosion is also tested on aluminum and magnesium to observe the potential for localized attack along the grain boundaries of the metals. In this test, the test coupons resulting from the uniform corrosion test are mounted, polished, and etched. The etched coupons are then examined microscopically at 500X magnification. No intergranular attack has been observed with Fortress products per official USFS product qualification testing. 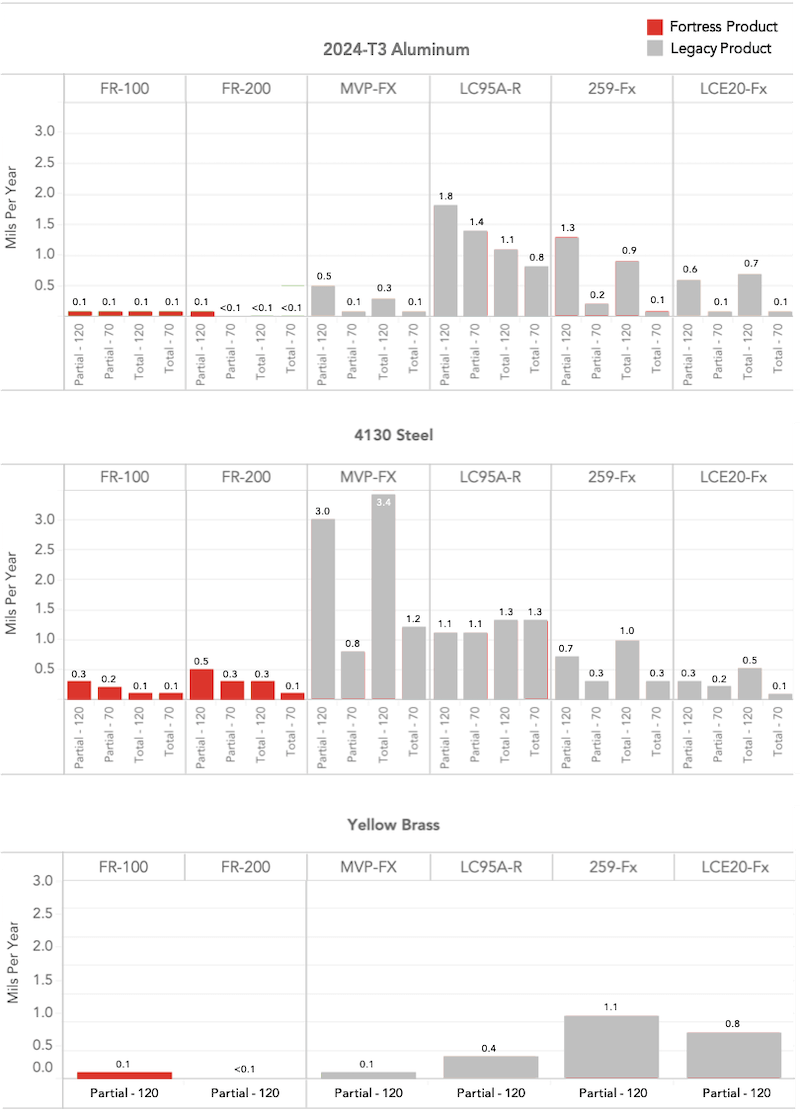 Magnesium Chloride: Get The Facts >
Sign Up For Updates